A Twist On The Tale Of Cinderella

Story and Illustration by Anika. Anika is a very young storyteller who always has a classic twist or a brilliant alternate logic to any book or tale that she reads or hears. So it does not come as a surprise that she picked our writing prompt where we asked for a twist to a classic tale, the young author’s personal version of a classic tale.
Besides storytelling, Anika loves illustrations, drawing and is a master at many crafts. When not doing any of those, she loves playing soccer.
In the classic tale, Cinderella lives with her stepmother and two step sisters after her parents die. She is not treated well by them. Cinderella endures it all cause she has been taught to be brave and kind. The prince of the little kingdom she lives in is looking for a bride and invites all the princesses for a dance at his palace. But Cinderella is no princess. However magic happens, a fairy Godmother comes to rescue and dresses Cinderella as a princess. There is a condition though, Cinderella must return home by midnight else the magic will be lost. She will not stay a princess once the magic is lost.
Cinderella gets late and in a hurry leaves one of her glass slippers at the palace. The prince has fallen in love with Cinderella and he must find her. How? He has her glass slippers. The one who fits into the glass slipper has to be the one prince has fallen in love with. Eventually, the prince does find Cinderella and they live happily ever after.
Now read Anika’s version and her twist on this classic tale. 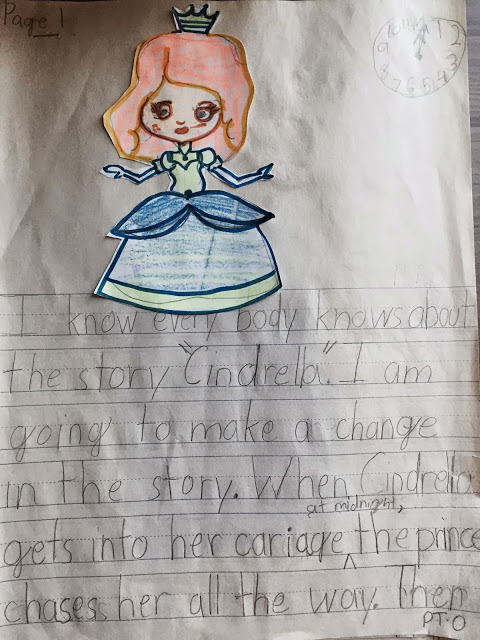 I know everybody knows about the story “Cinderella”. I am going to make a change in the story. When Cinderella, gets into her carriage at midnight, the prince chases her all the way. Then…
Then Cinderella notices the prince and stops the carriage and let’s the prince ride with her. Suddenly! The magic was all over and Cinderella was back to normal (not a princess any more) but that was not all what happened. 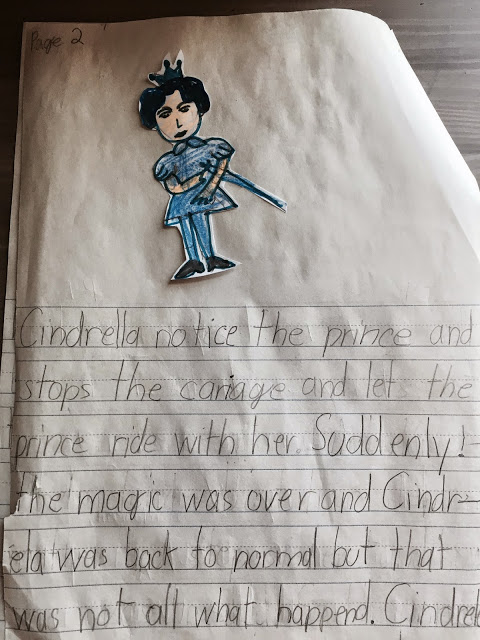 Cinderella and the prince fell down because the carriage was part of the magic. But luckily, the fell on the pumpkin and didn’t get hit by the road. The prince was so surprised at what happened to Cinderella (the change from a princess and the broken carriage). 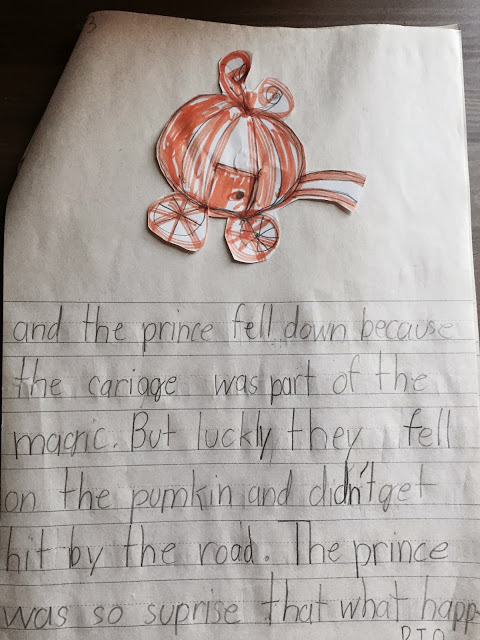 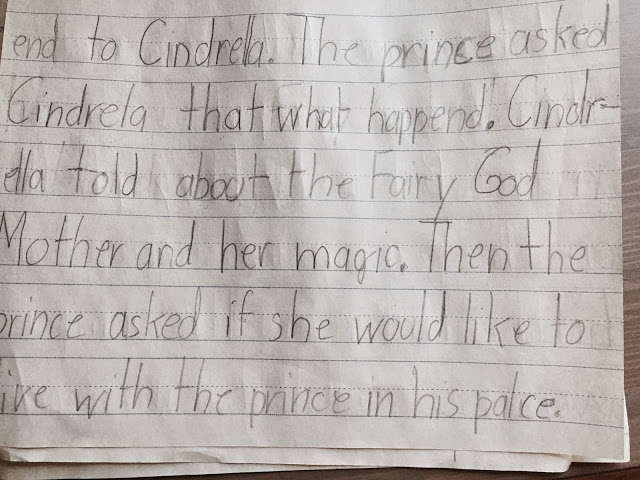 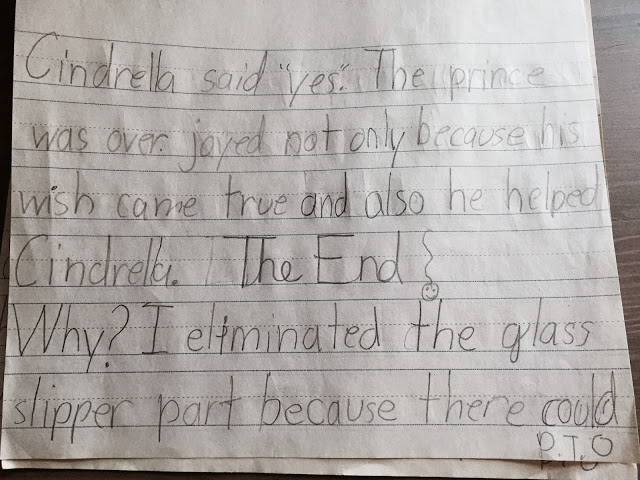 The Twist In The Classic Tale in the author’s words– Why I eliminated the (glass) slipper part? I did that  because there could be many more people of same shoe size. What if they found the wrong person ….with the same shoe size and she became the princess instead of Cinderella.
(We hope someone at Disney is listening.)

2 thoughts on “A Twist On The Tale Of Cinderella”